We were all eating cake and ice cream outside in the dark, and OMG what if a bug flew in it or maybe some firework ashes, and we all just sat there putting poison in our mouths and not even knowing it?  Excuse me while I go self diagnose myself on the internet for the next 37 years. Ugh.

On a less mental note, our pre-4th of July party turned out nice, even though I had to wear pants for the entire length of it.  And I wasn’t allowed to take the chips and dip and lock myself into a room alone cuz according to the Universe, that’s not good party etiquette. Boooooo. BUT OTHER THAN ALL THAT, you know, blah blah blah …

Being social is hard you guys. SO HARD. I mean, anyone care to come over and watch me paint my nails for nigh on eternity?  No?  Well, that fixes that.  AN ATTEMPT WAS MADE.  Back into pajamas we go!

But good thing there’s nail polish!  I have some goodies to share with you from a relatively new brand called Rise and Shine Nail Lacquer.  Sarah’s latest collection is this pretty little set of polishes called the Fantasy Horses Trio, and if you love yourself a bit of multichrome, well you’re about to have yourself a var var good day. Take a look at what you’re buying:

And in one fell swoop, jaws are dropping everywhere.  BOOM.  Well, we all knew we’d get unattractive at some point in here. Might as well start early.

First up is Kelpie:

DESCRIPTION:  Black base that shifts between green and gold with a bit of turquoise at the edges

COATS:  Two, but one covered nicely

Oooooh, a GREEN!  You have my attention already.  This one spoke to me for sure.  Most likely with a French accent, handing me a Starbucks.

Captured more of the black here:

Another angle so I could show off more colors:

Macros, because I swear I’m gonna find that turquoise! 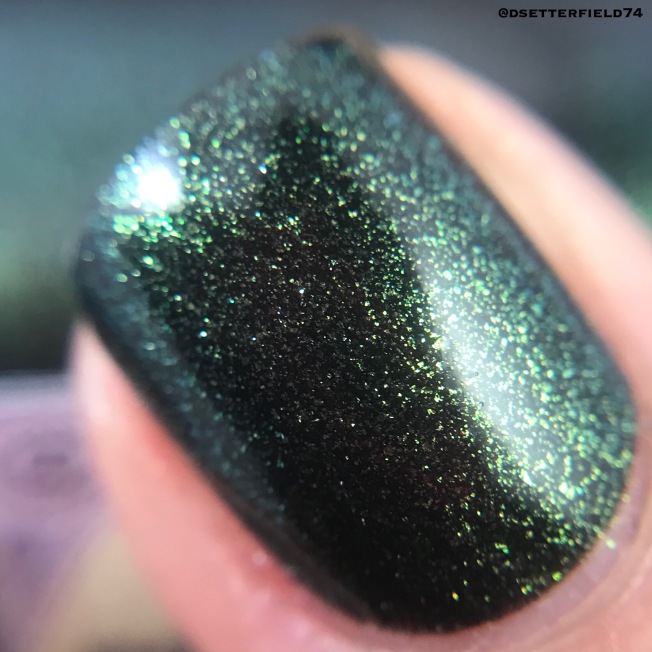 Mayyyyyybe in that last one, like right at the left edge?  Yes?  YES.  We’re moving on before we all go crazy.

Next up is Pegasus:

DESCRIPTION:  Peach with a gold to green shift

The glow on this one is plain ridiculous.  I couldn’t quite capture the green shift the way I wanted though, but wearing this, we are FANCY LADIES, and really not much else matters anyway.  I mean, I guess it could come with a side of Leonardo.  But after that, nothing.

A skosh of green-y gold in the glare at the bottom:

Or maybe I have no eyes.  I dunno.

DESCRIPTION:  A multichrome that shifts from silver to purple to green with a dash of holographic glitter

COATS:  Basically one, but I did two for safety

Time for drooling!  Plus noodle legs, plus tongue lolling.  For real, if divorce happens next, no one’s surprised.  Hubby just needs to look away every once in a while. Gah!  The judgy eyes:  they’re always lurking.

This one definitely has a silver tone to it: 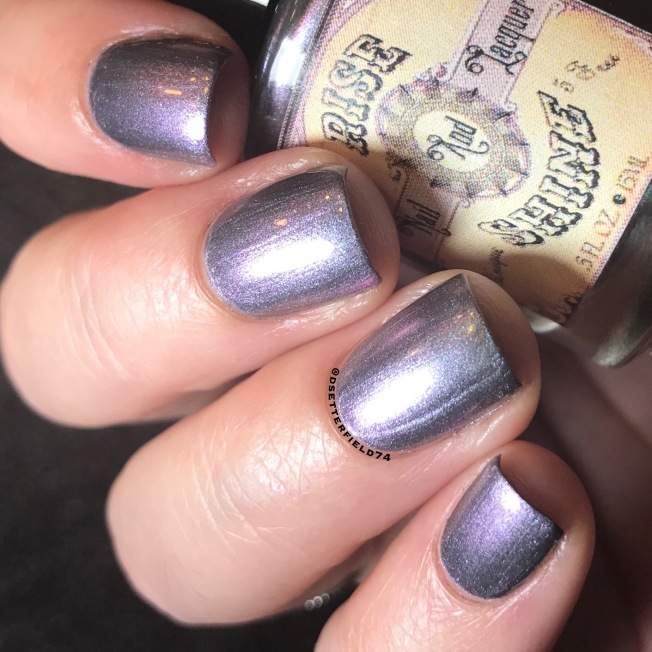 And this one has more purple: 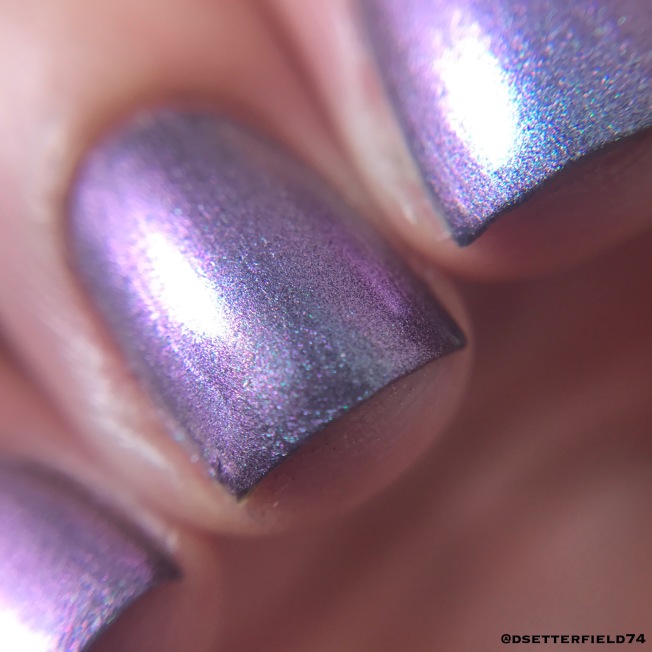 And now here’s that green shimmer: 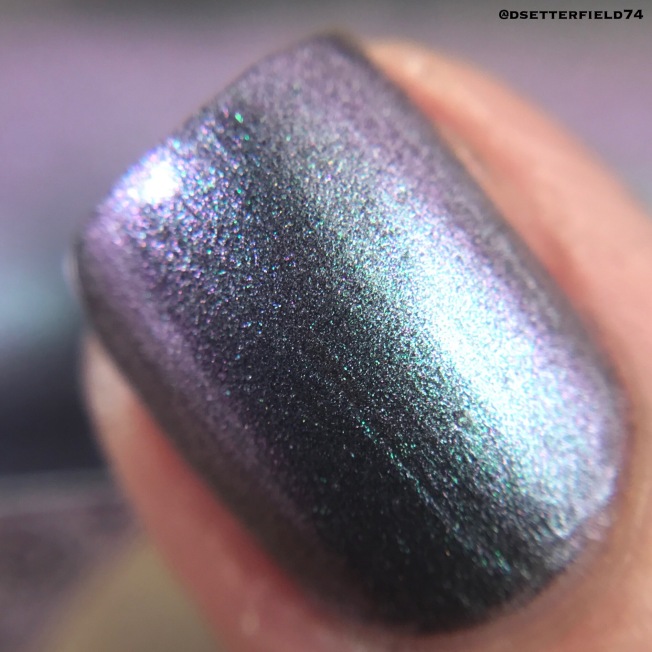 Did y’all just scroll to the top to see what blog you were reading? I know, me too!  So much overachieve-y for someone on the 18,000th level of LAZY.  Captured all the shifts this time like a DADGUM PROFESSIONAL.  Next up, world peace; I’m quite certain of it.

These multichrome beauties are available now so guess who’s about to spend some money?  (You, to be clear.)  Here’s what you need to know:

Single bottles are $10.95 (except you’re buying all three, so this point is moot)

Sarah also has several other polishes in her store, so feel free to toss a bunch in the cart without even looking.  Cuz no one does Crazy Nail Lady quite like you.  Click here for shopping!

Okay gang, that’s it for now.  Off to do some swatching and most likely an accidental Full House marathon.  More fun stuff tomorrow!